The country of thousands of pagodas and tanaka makeup faces

Remained isolated for 60 years, and especially since the putsch of 1988 that saw the junta gain power, renaming the country “Myanmar”. An opening has begun in recent years with the release and then the accession to power of Democratic leader Aung San Suu Kyi. The country has benefited from some media coverage, and the destination has is getting more and more attractive for travelers. Burma is the largest country in Southeast Asia. The country has a little over 54 million inhabitants. Seven main peoples (Burmese, Shan, Mon, Karens, Arakanese, Rohingas, Kachins) gather 135 ethnic subgroups with their own dialect, particularities and history. They make up almost a third of the population and occupy more than half of the territory. The “country of thousands of pagodas” is very little industrialized, the population is essentially rural. Still not very open, Burma retains its traditional way of life. The contrast with neighboring countries gives the impression of a postcard immutable in time… A destination still very authentic and a people extremely hospitable and eager to contact. The tourist infrastructures are still insufficient in the face of the sudden craze for this destination. Accommodation and qualified guides are insufficient in number. It is therefore advisable to organize the stays several months in advance in order to be able to guarantee the quality.

The country can be visited all year round. The best season starts from October to February, the first months of the dry season. From March to May, the temperatures are higher (end of the dry season). The rainy season lasts 3 months, from June to September. During this period, it wouldn’t be interesting to consider a seaside stay (most hotels are closed), nor the regions difficult to access because of the state of the roads which become then muddy (like Sittwe, Mrauk-U, Mergui, Moulmein).

Domestic flights, as well as available vehicles have improved significantly in recent years, bringing them to a level equivalent to other countries in the region. The train is a picturesque way to travel on short portions, but is not a reliable or comfortable mean of transportation. This is bound to improve in the years to come, with the help of a Japanese investment fund. The roads are in a rather satisfactory state and tend to improve. The good aerial cover makes it possible to compensate certain portions of too long roads.

Our trips ideas in Burma

Exploration of Myanmar over water 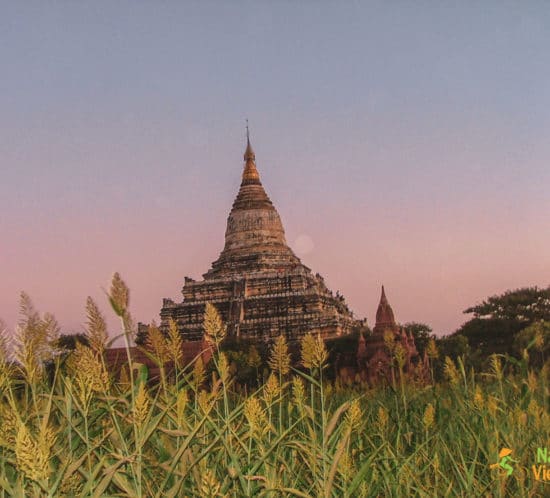